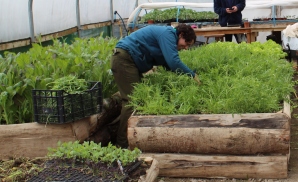 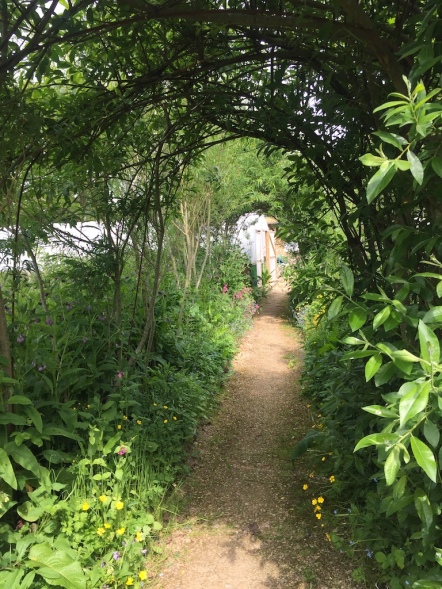 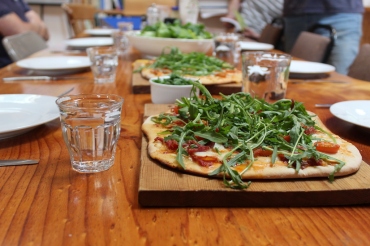 “I’m coming towards the end of my sentence and felt that coming out to LandWorks would give me a very good introduction into future employment and future understanding of how life is going to be for me post-release. I turned it down [before] and I used to have a laugh with the boys and give them a lot of stick, some of the previous people. [I used to say to the guys coming out], “what you doing?”, “what’s the matter?”, “nah, what’s that all about?”, “nah, it’s money for old rope”, “it’s cheap labour”, all that type of thing. The typical ignorant way in which some people do sometimes look at situations.

If it wasn’t for the fact that I’d just got so ground hog where I was, I still may not have done it. But it is, without a shadow of doubt, one of the better decisions I’ve made since I’ve been in prison. It is, without a doubt. It’s given me an understanding and an appreciation of getting back or going back into the normal world. Normal. That’s not the real world. I don’t think it is, anywhere. But it is what goes on normally. So, it gives me an understanding and it gives me a thought process towards that. Bearing in mind how much things are going to change for me, as an individual, but obviously I think that gives an indication of how much I’ve felt I’ve had to change or needed to change as a person, post-release. So, yeah, that’s really where I am with it. That’s why I did it. I delayed it and delayed it, but now I’ve done it, I’m glad I’ve done it.

I’m going to see it through until the end and I’m hoping that I can learn. I can just pick up things, just basic things. It’s given me confidence to do things.

Cooking. Unbelievable my turn around in that. I’ve not been in a kitchen in my life. What am I doing that for? But now, I quite enjoy it, I like it. I understand. I get it. Now, I understand good food and I understand having decent food rather than rubbish, and how good that is for your body, obviously. I’ve learnt that in the courses that I’ve done relating to the personal training.  Diet and nutrition is huge. It’s huge. In fact, it’s 60%. You cannot train with a bad diet. If you want to eat doughnuts, crisps and biscuits and chocolate all day, there ain’t any amount of press-ups or sit-ups you can do to make it any better. There’s nothing. You’ll be alright, but you won’t be as good as you could be.

[Cooking on the wing] I turned it down. Never done it. Never been interested. Told the boys all the way along, I’ll just buy whatever you need. So, any extra … we put in a pot. If anyone’s struggling, if anyone can’t put in, I’ll buy it because you’ll never see me in the kitchen cooking. Lo and behold now, I’ve turned around. So, I do think coming in here, into the kitchen, just doing some basic things and actually it’s not that bad. There’s no bombs at the end of the sink. There’s nothing underneath the oven. There’s no mines. It’s a step towards eating better. Seeing it and understanding it, probably like a lot of things, my ego, bravado would’ve … I’m not doing it, probably because I was frightened of doing it anyway.

I like to get involved with the food prep at the moment. I feel pretty good now that I know how to chop an onion. I can get myself into garlic. I can crush it. I can chop it. I can do whatever is required. I understand participation of ingredients. I’m still learning spices, flavours, and that type of point. But I do appreciate that I will learn that more by doing it. So, the more I’m around someone who’s doing it … when do you add the tomatoes, when do you dilute that down, when do you do this? If I’m shown something once, I’m pretty good at bringing it on and then taking it forward, but I need to be shown. I probably take my time. I need it all there before I start, because I can’t do it as I go along. I like having it all there. It makes me feel like a chef.

LandWorks and the rest of it, if I’m 100% honest, I came out and I knew I’d be hopeless at everything. It’s just not my world. It’s unique. I’ve never seen anything like it. I’ve never done anything, and I’ve done it. It’s just the complete opposite end of anything I have ever done, and I mean the complete opposite. Yeah, I quite enjoy it. I do think some things are harder than others, like working in the vegetable side. It’s just all bending. It’s quite hard. It’s tough. Do I enjoy every aspect? I enjoy the whole ambience of being here. The whole atmosphere. That’s number one. The individual working things, yeah, I’m doing things I’d never have done.

But the whole atmosphere of everything is what I like. But then again, would I have, and could I have come to here from what I used to do without having that time in prison. Understanding and on reflection, you’d never have got me here in a million years. Again, the whole aspect of being here, is giving me an understanding of different ways.”